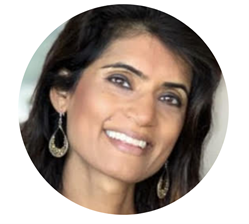 Monika brings a wealth of experience in fundraising and donor relations built over twenty years of service on the boards of nonprofit organizations fighting for intersectional justice for immigrant communities in New York City and Washington State. During her decade-long tenure on the board of one of the largest immigrant rights organizations in the U.S., the Northwest Immigrant Rights Project in Washington, Monika contributed to the growth of the organizational budget from $2.75 million to $12.5 million. She has also provided strategic fundraising support to Workers’ Awaaz, an immigrant workers’ center co-founded by survivors of domestic violence in New York City, and Colectiva Legal del Pueblo, a collective organization in Washington committed to building power for migrant justice through legal advocacy and education. Monika has also served on the boards of two gender-justice organizations dedicated to ending gender-based violence in immigrant communities including Sakhi for South Asian Women in New York City, and API-Chaya in Washington. Monika has been committed to representing immigrant survivors of domestic violence throughout her career as an immigration lawyer and a law school clinical professor at Seattle University School of Law.  Her publications include Heartless Immigration Law: Rubbing Salt into the Wounds of Immigrant Survivors of Domestic Violence, 95 Tulane Law Review 51 (2020). She is thrilled to join the FVAP team as its Philanthropy Officer in order to help create a world in which survivors can one day be leaders in a survivor-led movement for transformative social change. Monika received her J.D. from UC Berkeley School of Law in 2001 and her B.A. in Middle Eastern and South Asian Languages and Cultures from Columbia University.