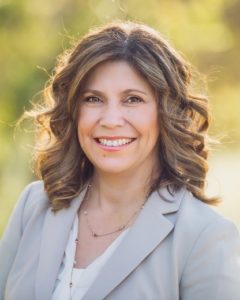 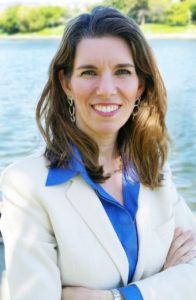 Executive Director Erin Smith stepping down in 2023 after 11 years

It is with equal measures of pride for the organization’s past, and confidence for its future, that FVAP announces Executive Director Erin Smith has decided to step down in 2023. This will mark Erin’s 11th year leading FVAP, having co-founded the organization in 2012. In that time, under Erin’s stewardship, FVAP’s outstanding staff has grown the organization from a start-up non-profit to an established legal services organization providing statewide services in two states to survivors of domestic violence and gender-based abuse. Over the past 11 years, FVAP is proud to have:

Erin proudly remains a Supporting Leader of FVAP’s 3-year Rise & Soar fundraising campaign. She plans to be FVAP’s most enthusiastic ambassador, and to support FVAP in the ways most helpful to the organization, in her new capacity for years to come.

It has been the honor and privilege of my career to have led Family Violence Appellate Project from inception to legal powerhouse over the last decade. After these many years, I am ready for a new challenge and excited to see what the next phase of my career has in store. I have been inspired to do my best every day by the courageous and powerful survivors we serve: those whose names we know because we represented them in their legal cases, and those whose names we don’t know because they are one of the hundreds of thousands of survivors whose cases benefit from the binding legal precedent that FVAP has helped to build. I am immensely proud of our dedicated staff who devote themselves to serving survivors and their children, and who are well-positioned to continue FVAP’s work moving forward.” — Erin Smith (she/her)

The Board is grateful to Erin for her decade long service to survivors, their families and advancing FVAP’s mission. Her vision and commitment to increasing access to justice to survivors led a strong set of programs that have grown in California and recently expanded to Washington State. Erin will be missed and we believe that the foundation she has laid to ground us in the core values of justice, diversity and equity have prepared FVAP for the next chapter. “The Board is excited to find FVAP’s next outstanding Executive Director to lead FVAP into this next phase of its future. We are confident that FVAP’s excellent staff and Board will position the incoming executive to succeed.” — Maricela Rios-Faust, Board Chair & Chief Executive Officer of Human Options, comprehensive domestic violence agency in Orange County, California

The Board has partnered with Scion Executive Search Firm to conduct a national search for FVAP’s next Executive Director. Scion has a strong commitment to Diversity, Equity and Inclusion and is working with the Board to ensure that the process of finding FVAP’s next Executive Director is inclusive, equitable, and results in a diverse group of candidates. Scion is a national, award-winning executive search firm that specializes in non-profit organizations and foundations, with clients including the Nevada Coalition to End Domestic and Sexual Violence, Maryland Legal Aid, Berkeley Student Cooperative, Nature Conservancy, and Make-A-Wish. Interested applicants should contact Ex Hopson (they/them) at ex@scionstaffing.com. FVAP will continue to share information during the search process.