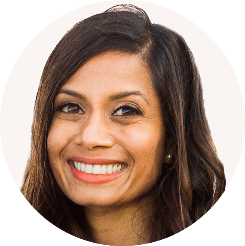 Julie Shah currently serves as Vice President and Deputy General Counsel at Sana Biotechnology, a publicly traded biotechnology company, where she is responsible for negotiating strategic deals in furtherance of the company’s business development initiatives and overseeing a broad range of legal matters, including SEC reporting, compliance, capital markets transactions, corporate governance and employment matters. Prior to her role at Sana Biotechnology, Julie served as Executive Director, Associate General Counsel and Assistant Secretary at Five Prime Therapeutics and practiced as a corporate and securities attorney at Goodwin Procter and Wilson Sonsini Goodrich & Rosati. During her tenure at Wilson Sonsini, Julie had the opportunity to represent a number of domestic violence survivors on a pro bono basis on their asylum, U visa and T visa applications. Julie earned a J.D. and a B.A. in Psychology from the University of California, Berkeley. During law school, Julie participated in the California Asylum Representation Clinic and the Domestic Violence Practicum, where she worked with Nancy Lemon to file an amicus brief in support of claim from monetary compensation with the California Victim’s Compensation Board from a domestic violence survivor who was wrongly incarcerated for over 20 years.