In addition to advocating for survivors in court, FVAP works with local, state, and federal policymakers to ensure the statutes, rules, and regulations used in court have survivors’ best interests at the forefront. It was a busy year for us working on such advocacy efforts. In California, at the local level we worked with survivor support agencies to ensure their county government officials follow laws regarding confidentiality and mandated reporting. And nationally, FVAP lobbied and signed onto multiple letters urging policymakers to reauthorize the Violence Against Women Act (VAWA), establish an official awareness day for missing and murdered Native women and girls, improve the Family Violence Prevention and Services Act, and close loopholes in the Victims of Crime Act. So far, federal actions have occurred on the Victims of Crime Act.

At the state level in California, FVAP has staff who serve on the Judicial Council Family and Juvenile Law Advisory Committee and on the California Lawyers Association Appellate Courts Committee.  FVAP has also worked to ensure sufficient funding in the budget for items such as increasing the Equal Access Fund, ensuring court reports for trial court hearings, providing for ongoing sexual and domestic violence prevention programs, and allowing more workers to take paid sick leave.  In addition, FVAP has provided comments to the Judicial Council on changes to their domestic violence restraining order and other court forms, amendments to court rules on preventing bias in court interactions, and guidelines for video remote interpreting.

Perhaps FVAP has been most active in working on state legislation in California.  On the housing side, of the bills that are now law, FVAP submitted letters in support of AB 832 to protect tenants impacted by COVID-19, and AB 838 to ensure more equity in local inspections of habitability.  Regarding domestic violence restraining orders, FVAP supported AB 1057 to clarify what is a firearm, SB 24 to restrict abusers’ access to children’s school, medical, or work information, SB 320 to clarify trial court procedure for ensuring restrained parties have turned over their firearms, SB 374 to clarify that coercive control (a form of disturbing the peace, which is a type of abuse) includes reproductive coercion, and SB 538 to allow restraining orders to be filed electronically and parties to appear remotely.  FVAP also supported AB 262 to ease the process for clearing criminal records for human trafficking survivors, SB 498 to expand eligibility for accessing services funded by the Interest On Lawyers’ Trust Accounts (IOLTA), and SB 654 to better protect children when testifying and when they are ordered to unsupervised visitation with an alleged abuser.

Some of the California bills FVAP has worked are now “two-year bills,” meaning they were not passed or dropped this year but will be continued to be worked on next year.  These include AB 854 to temporarily stop Ellis Act evictions, AB 1493 to better protect against evictions of survivors, SB 373 to add debt protections for survivors, SB 537 to improve the child welfare system’s response to domestic violence, and SB 774 to provide for attorney-client privilege for complaints to the Department of Fair Employment and Housing (DFEH).

Finally, FVAP’s new Washington office has been active in that state.  For instance, FVAP provided input on HB 1320, which significantly amended statutes relating to all of the civil protective orders.  And FVAP’s Washington staff are heavily involved in multiple workgroups to implement this legislation and to ensure gender equity in family court.

On August 11, the Appellate Division of the Los Angeles County Superior Court issued its opinion in our case of Elmassian v. Flores, where we represented a survivor of domestic violence who was evicted from her home for over a decade because of acts of abuse by former intimate partners. In the opinion, the appellate division agreed with us that our client had provided the trial court with correct documentation to show she was a survivor and enough evidence that the landlord’s complaints were based on acts of domestic violence to raise the domestic violence eviction defense, which generally bans landlords from evicting tenants because of act(s) of abuse against a tenant by a person who is not currently a tenant. The appellate division reversed the trial court’s judgment against our client. FVAP co-counseled this case with Basta, Inc. and Jones Day. 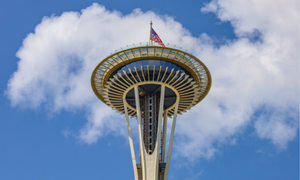 In partnership with three other gender-based violence and legal aid organizations, FVAP Washington successfully obtained publication in part of a case in which the Court of Appeals ruled that child testimony should not be excluded based on a blanket ban on allowing child witnesses in family law proceedings. Courts must first consider all the circumstances, including whether children have witnessed abuse. The decision also confirms that evidence about domestic violence is relevant, whether or not it is related to the children in the parenting plan trial. A parent’s history of domestic violence, child sexual abuse, and sexual assault that results in pregnancy must be considered. Read the opinion and order to publish in part. 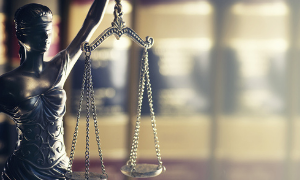 FVAP is representing a survivor where the other side is challenging an order dismissing his lawsuit against the survivor. The other side filed a lawsuit against the survivor for defamation and other alleged civil wrongs after she reported her assault to the police. The trial court correctly dismissed the lawsuit since California has a law that protects survivors from being sued because they report the assault to the police.

This case is important to uphold a survivor’s right to make a good-faith report to the police without fear of retaliation. Our co-counsel at Jones Day will be arguing on our client’s behalf today. 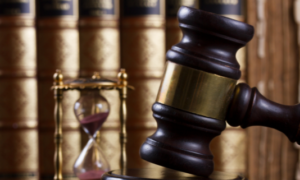 Today we are representing a survivor who we believe was pressured into allowing temporary guardianship for her baby. Six years later she still has not been reunited with her child. After years of delays the trial court gave permanent guardianship to the child’s grandparents and would not give an explanation for this decision.

FVAP believes the trial court used the wrong criteria and stale evidence to make its order and should have explained decision.

FVAP asked state and national organizations to write a friend-of-the-court (amicus) brief on the impact of trauma, the ability of survivors to heal, and the failure of courts to take these issues into account appropriately when making their decisions. Our co-counsel at Mayer Brown will be arguing on our client’s behalf at approximately 4pm this afternoon. 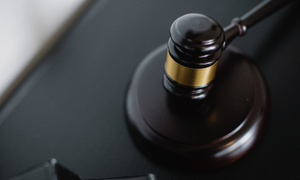 On August 5, the Court of Appeal issued its opinion in our case of Ashby v. Ashby, where we represented a survivor of domestic violence in defending against her abuser appealing the five-year renewal of her restraining order. In the opinion, the Court of Appeal agreed with us that our client’s five-year restraining order renewal should stay in place. 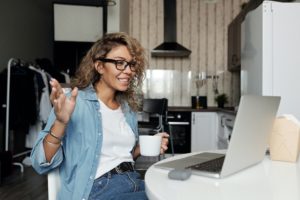 We’re teaming up with California Partnership to End Domestic Violence (CPEDV) to host bimonthly Legal Chats with FVAP! These are statewide calls open to all CPEDV members. This month’s call is today, August 4 at 11am. The topic is Litigation Abuse: Stories and Strategies. Interested in learning more about calls like this one and how you can attend? Reach out to us at staff@fvaplaw.org.